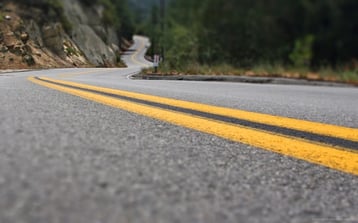 For 2014, the IRS issued a whole new set of regulations governing the tax treatment of tangible property (buildings, equipment, computers, etc.) placed in service by a business, rental property owner, or farm.  Among these regulations was a new “de minimis safe harbor” (DMSH) for small capital expenditures.  This safe harbor, if elected on a tax return, stated that the IRS would not challenge the immediate deduction of any capital expenditures of under $500 per unit, provided that the taxpayer had in place, as of January 1, 2014, accounting procedures for tangible property (generally called a “capitalization policy”) that specified a DMSH amount.  For most taxpayers, this policy did not have to be written.  In addition, the taxpayer’s accounting procedures could specify a higher safe harbor amount if that was more applicable to their business.  However, this higher amount could be challenged by the IRS under audit

In light of these changes, we recommend that the best practice for our clients is to draft a written capitalization policy that either states a new de minimis safe harbor amount as of January 1, 2016, or memorializes the verbal accounting policy that was in place as of January 1, 2015 (or later in the year).  A written policy provides much greater evidence than a verbal policy of the amount and timing of the DMSH limit used by the taxpayer.  A written policy also provides evidence on other “expense versus capitalize” decisions that are made during the year.

Our tax staff are experts in these new IRS regulations. We can help you draft or adapt a capitalization policy, and provide guidance for all of your tangible property acquisitions.  Call or e-mail us if you would like additional information. 207-781-3445.