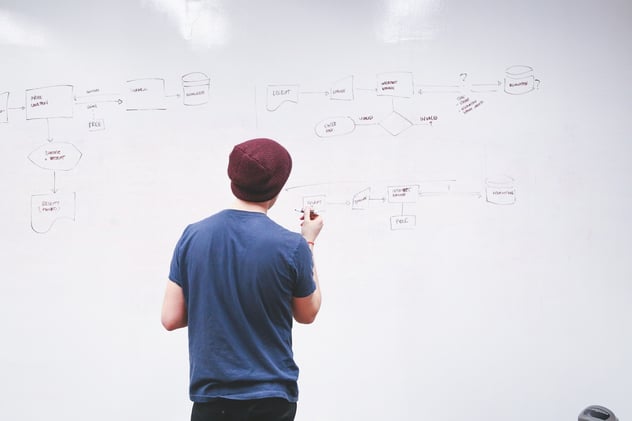 Many individuals are making plans for colder weather and the year-end holidays. Not to be overlooked should be year-end tax planning. Every individual can develop a year-end tax planning strategy that reflects his or her situation. Our office can help you prepare such a strategy, and the earlier we get started, the greater the potential maximization of benefits.

A number of traditional year-end tax planning strategies may be helpful in maximizing tax savings, depending upon your overall tax situation anticipated for the rest of 2015 and estimated for 2016. These include:

* Coordinate capital losses against the sale of appreciated assets

Higher-income individuals should also anticipate possible liability for the 3.8 percent net investment income (NII) tax calculated on net investment income in excess of modified adjusted gross income (MAGI). Threshold MAGI amounts for the NII tax are: $250,000 in the case of joint returns or a surviving spouse; $125,000 in the case of a married taxpayer filing a separate return; and $200,000 in any other case. These threshold amounts are not indexed for inflation. Keeping income below the thresholds is an avenue to explore. Spreading income out over a number of years or offsetting the income with both above-the-line and itemized deductions are possible approaches. Of course, every taxpayer’s situation is different and planning for the NII tax requires a very personalized strategy. Our office can help you develop a personalized response.

The tax rate on net capital gain is no higher than 15% for most taxpayers. Net capital gain may be taxed at 0% for taxpayers in the 10% or 15% ordinary income tax brackets. However, a 20% rate on net capital gain applies to the extent that a taxpayer’s taxable income exceeds the thresholds set for the 39.6% ordinary tax rate ($413,200 for single; $464,850 for married filing jointly or qualifying widow(er); $439,000 for head of household, and $232,425 for married filing separately).

Keep in mind the “wash sale rules” when reviewing year-end capital gains and dividends. Wash sales are sales of stock or securities in which losses are realized, but not recognized for tax purposes, because the seller acquires substantially identical stock or securities within 30 days before or after the sale. Nonrecognition, however, applies only to losses; gains are recognized in full.

There are steps that taxpayers subject to AMT can take to reduce its effect on their tax liability. For instance, taxpayers can undertake to eliminate certain tax preferences. Certain deductions, including the accelerated depreciation deduction on real property, as well expensed research and development costs and expensed mining exploration and development costs, are tax preference items only to the extent that they exceed an otherwise allowable deduction. In addition, a taxpayer should avoid exercising any incentive stock options in the year in which he or she is subject to AMT.

Along with NII tax and AMT considerations, year-end planning needs to take in the possible impact of the Pease limitation (named for the member of Congress who introduced the original bill), which reduces the total amount of a higher-income taxpayer's otherwise allowable itemized deductions by three percent of the amount by which the taxpayer's adjusted gross income exceeds an applicable threshold. However, the amount of itemized deductions is not reduced by more than 80 percent. Certain items, such as medical expenses, investment interest, and casualty, theft or wagering losses, are excluded. For 2015, the Pease limitation thresholds are $309,900 for married couples and surviving spouses; $284,050 for heads of households; $258,250 for unmarried taxpayers; and $154,950 for married taxpayers filing separately. Individuals within range of the Pease limitation may want to explore the value of deferring itemized deductions or reducing adjusted gross income.

Related to the Pease limitation is the personal exemption phaseout (PEP). The threshold adjusted gross income amounts for the personal exemption phaseout (PEP) are the same as the threshold amounts for the Pease limitation. Under the phaseout, the total amount of exemptions that may be claimed by a taxpayer is reduced by two percent for each $2,500, or portion thereof (two percent for each $1,250 for married couples filing separate returns) by which the taxpayer's adjusted gross income exceeds the applicable threshold level.

Marriage, the birth or adoption of a child, the purchase of a new residence, a change in filing status, retirement, and many more life events impact year-end tax planning. Of course, timing is a factor. In some cases, a life event may be planned; in others, events occur unexpectedly. The possibility of significant changes and/or significant or unusual items of income or loss should be part of a year-end tax strategy. Additionally, taxpayers need to take a look into the future, into 2016, and predict, if possible, any events that could trigger significant income or losses, as well as a change in filing status.

As of mid-October 2015, several tax bills with far-reaching effects were pending in Congress. They include a package of tax extenders, revisions to the Affordable Care Act, and more. Lawmakers are almost certain to renew the now-expired extenders, either before year-end or early in 2016, so the incentives are available to individuals filing 2015 returns. The incentives could also be extended through 2016, which opens up more planning opportunities. For individuals, the incentives include:

Exclusion of Cancellation of Indebtedness on Principal Residence. This provision allows taxpayers to exclude from income the cancellation of mortgage debt of up $2 million on a qualified principal residence.

Mortgage Insurance Premiums. Mortgage insurance premiums have been allowed to be treated as qualified residence interest.

Teachers' Classroom Expense Deduction. Primary and secondary education professionals may take an above-the-line deduction for qualified unreimbursed expenses up to $250 paid during the year.

IRA Distributions to Charity. Tax-free distributions, up to a maximum of $100,000 per taxpayer each year, from individual retirement accounts to public charities by individuals age 70½ or older, have been allowed as an alternative to reporting the income and taking an itemized deduction.

Remember: as of the date this letter was prepared, these and other extenders have not yet been renewed by Congress, but planning for their renewal is key. Planning for the extenders should take into account their relationship with permanent tax breaks, such as the Lifetime Learning Credit, the saver’s credit, the child and dependent care credit, and others. Additionally, some extenders that were valuable in past years may no longer have the same impact this year or in future years.

In July 2015, Congress passed and President Obama signed a trade act. The trade act tweaks the very popular child tax credit. The tweak, however, impacts taxpayers who elect to exclude from gross income for a tax year any amount of foreign earned income or foreign housing costs. These taxpayers will not be able to claim the refundable portion of the child tax credit for the tax year. The change is effective immediately and retroactively for tax years beginning after December 31, 2014.

Two tax laws enacted so far in 2015 impact tax planning for public safety officers. The Don’t Tax Our Fallen Public Safety Heroes Act clarifies that both federal and state benefits for public safety officers fallen or injured in the line of duty are treated the same in the tax code and are not taxable. The Defending Public Safety Employees’ Retirement Act affects retirement planning. Generally, taxpayers who receive an early distribution from a qualified retirement plan are subject to a 10 percent penalty, unless an exemption exists. The Defending Public Safety Employees’ Retirement Act expands the exemption to include certain federal law enforcement officers, federal firefighters, customs and border protection officers, and air traffic controllers.

No year-end tax plan can ignore the Affordable Care Act (ACA). The ACA, as the past five years has shown, impacts almost every individual, starting with the requirement to have minimum essential health coverage or make a shared responsibility payment, unless exempt. On their 2014 returns filed in 2015, individuals reported if they had minimum essential coverage and that reporting requirement will again be on 2015 returns filed in 2016. Individuals who may be liable for a shared responsibility payment should carefully review the significant number of exemptions available, which cover many different circumstances. It is also possible to project the amount of any payment. Closely related are changes to the medical expense deduction, health flexible spending arrangements (and similar arrangements), insurance coverage for children, and more. Our office can assist you in both understanding these complex ACA provisions and planning for their impact.

Year-end planning -- as we have highlighted several times-- requires a personalized approach. These are just some of the many considerations to consider when developing a year-end tax planning strategy. Please contact our office for more information, 207-781-3445.