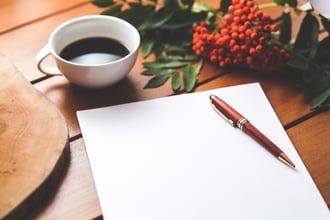 Is Your Business Ready?

As businesses approach year end, each has a unique opportunity to save additional taxes through taking a variety of strategic steps. Businesses seeking to maximize tax benefits through 2016 year-end tax planning may want  to consider several general strategies, such as use of traditional timing techniques for  income and deductions, and the role of the tax extenders (those made permanent and those  expiring at the end of 2016), as well as strategies targeted specifically to their particular  business.

As in past years, planning is uncertain because of the expiration of at least some popular but temporary tax breaks. Also added to the mix is the far-reaching Affordable Care Act (ACA) and whatever changes to 2017 the new Congress and Administration may make to the Tax Code.

Changes to the tax laws in 2016 made by new IRS regulations and other guidance should also be considered in assessing year-end strategies for 2016. And year-end tax savings can be found in avoiding penalties, by knowing how to comply with some of the IRS’s news rules and regulations.

PATH Act “Extenders.” The Protecting Americans from Tax Hikes Act of 2015 (PATH Act), enacted at the end of 2015, made permanent many business-related provisions that had been up for renewal, including the 100-percent gain exclusion on qualified small business stock; the reduced, five-year recognition period for S corporation built-in gains tax; 15-year straight-line cost recovery for qualified leasehold improvements, restaurant property and retail improvements; charitable deductions for the contribution of food inventory and others. Perhaps most significant, especially for small businesses, enhancements starting in 2016 were added to both a permanently extended research credit (including a provision for start-up businesses that allows the credit to be claimed against payroll taxes) and Code Sec. 179 expensing deduction.

Five-year Extensions. The PATH Act extended several business-related provisions available for five-years, under the expectation that general tax reform will consider a more permanent fate. Among these provisions, bonus depreciation and the Work Opportunity Credit have widespread applicability. Notably, in addition to extending bonus depreciation, a number of modifications have been made that:

Expiring at Year-End 2016. A handful of business-related tax breaks did not fare well by the PATH Act, being extended only through 2016. Further extensions remain uncertain. 2016 year-end strategies therefore should include, where appropriate, the acceleration of expenses to maximize use of:

Revised Repair Regulations. The IRS issued final tangible property regulations (aka, the “repair regs”) over three years ago. They continue to control the accounting for costs to acquire, repair and improve tangible property. These “repair regs” impact virtually all asset-based businesses and have reverberated into 2016, with additional “clean-up” expected in 2017.

For 2016 year-end planning, qualifying for new safe harbors: a de minimis expensing safe harbor and a remodel-refresh safe harbor – both can yield substantial immediate deductions if followed.  The de minimis safe harbor allows taxpayers to maintain a capitalization policy to immediately expense any tangible property below $2,500 in cost per unit.  This policy should be in place by the start of the tax year to be effective, so please contact us if you need help establishing a policy for 2017.

Business Use of Vehicles. Several year-end strategies for both business expense deductions for vehicles and the fringe-benefit use of vehicles by employees involve an awareness of certain rates and dollar caps that change annually. 2016 changes to the standard mileage rates and vehicle depreciation limits are critical to these strategies.

Despite several delays and legislative tweaks, the basic structure of the ACA for businesses, both large and small, generally remains intact. If an employer is an applicable large employer (ALE), this triggers employer shared responsibility provisions and the employer information reporting provisions. Small businesses, too, are not unaffected by the ACA and should take the ACA into account in year-end planning. Some incentives under the ACA, including health reimbursement arrangements and small business health care tax credits, can help maximize tax savings for small businesses. Information reporting under the ACA continues to challenge all businesses.

Many taxpayers and tax professionals have long advocated for these changes to return due dates. These staggered due dates were recommended not only to enable taxpayers to receive Schedule K-1 information in time to meet their initial filing deadlines. They also help even out the workflow faced by tax preparers both in dealing with initial deadlines and with extensions. Further, the revisions are expected to contribute to a reduction in the need for extended and amended individual income tax returns.

These are just some of the considerations that make up year-end tax planning for businesses. Please contact our office so we can discuss your 2016 year-end business tax planning in detail.